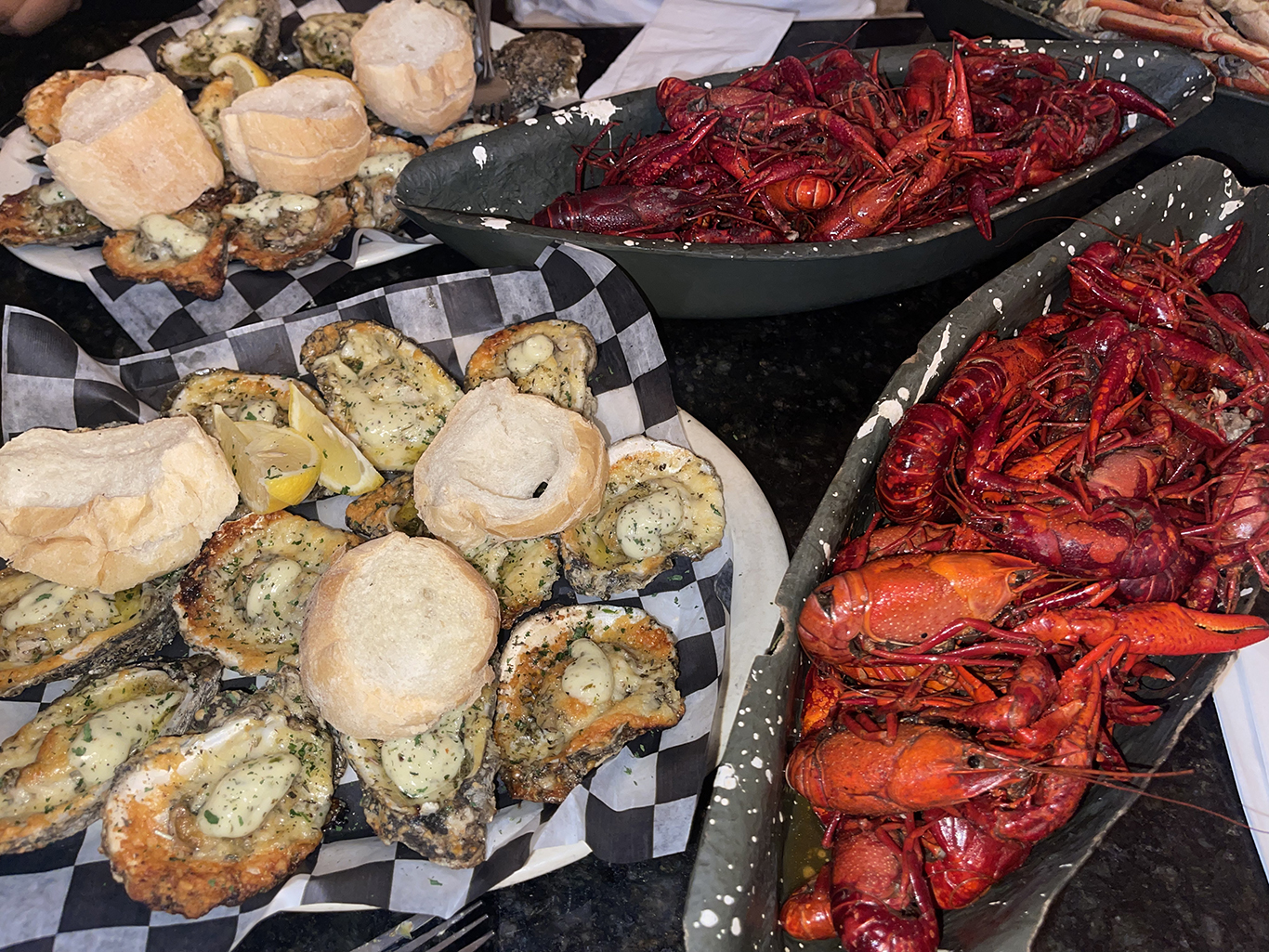 When you think of New Orleans, what comes to mind? Gumbo? Beignets? Jambalaya? Thanks to its rich history, New Orleans has one of the most distinctive regional cuisines in the United States.

Perhaps one of the most famous dishes to come out of New Orleans- and Louisiana’s state dish, gumbo is a thick and strongly-flavored stew consisting of three parts namely; meat or shellfish, a roux-based stock, usually some kind of thickener, and always bell peppers, celery, and onions. It has its roots in several cultures, primarily Choctaw and French, but also including Spanish and German influences as well.

This is because after the roux is prepared, you then add the vegetables, cook it and lastly, add the meat to soak up their juices. Then the gumbo simmers for at least three hours, with shellfish and spices added near the end. It is traditionally served over rice. Gumbo arrived on the culinary scene in 1802, and has since gained widespread fame in the 1970s. If you’re a vegetarian, don’t worry- z’herbes is basically a gumbo of stewed greens, no less delicious.

Jambalaya is another culinary mish-mash, mainly some kind of meat or vegetables mixed with rice. It has its origins in French as well as Spanish cuisine (think paella), and traditionally always includes some kind of sausage (often the spicy, smoked and ouille) and usually some combination of shrimp, chicken, pork, or crayfish. After browning the vegetables and meat, the rice and spices are added and cooked until the rice is done. As with gumbo, there are variations: red Jambalaya (Creole influences) usually includes tomatoes, whereas the Cajun jambalaya does not. Cajun jambalaya is generally more smokey and spicy than the Creole variety. Flexible and easy to prepare, jambalaya captures the hearts of many Louisianans.

Another meat, rice, and vegetable dish, etouffée is similar to gumbo, but usually involves seafood instead of meat. The most popular version is made with crawfish and was made famous at the popular Bourbon Street restaurant Galatoire’s. New Orleans grew out of the swamp, and its original inhabitants made do with the game that was around them- amphibians, reptiles, shellfish- everything was fair game!

FROG LEGS - They might sound strange, but frog legs are an essential New Orleans experience! A descendent of French cuisine, frog legs have enjoyed a place of honor in the New Orleans culinary scene for centuries. Many people compare them to chicken wings (though purists might disagree) and can be served either battered and fried, or served provencal, sauteed with parsley, lemon, and butter. Each restaurant has its own signature recipe, so if you’re an adventurous eater, be sure to give a few a try.

GATOR - Another meat that might make many Americans cringe is alligator meat. You would never think that such an aggressive predator would be so tasty, but Louisianans cook them up with a smile. Though it can be prepared many ways (and has been described as slightly chewy and watery, much like chicken) one of the most popular recipes is gator fingers. These are basically pieces of gator drenched in buttermilk batter and fried, much like chicken fingers- except reptilian.

CRAWFISH - Crawfish have a long and popular history in Louisiana- the Acadians (ancestors of the Creoles) were eating them long before the state became a state, and the Native Americans were eating them long before then. Similar to lobster, crawfish were seen as a “poor man’s food”, hauled in by the net for as low as $.05 per pound. In the 1960s, however, the Louisiana city of Breaux-Bridge was named the Crawfish-Capital of the World and held the world’s first crawfish festival.

As a marketing ploy, it worked- crawfish consumption rose steadily until now they’re farmed exclusively to meet consumer demand. Not bad for something that looks like a muddy water bug. You can enjoy them throughout New Orleans, either fried, boiled, in etoufée (a seafood-like gumbo)... try them all for a taste of real Cajun power!

Not only is New Orleans home to some truly unique foods, it also boasts some world renowned restaurants and dining experiences.

Established in 1893 and located in New Orleans Garden District, Commander’s Palace has been providing high scale dining to locals and foreigners alike for over a century. Widely regarded as one of the best restaurants in the country, it has won six James Beard awards and is the alma mater of celebrity chef Emeril Lagasse.

Known for its “dirt-to-plate-within-100-miles” policy, the Commander’s Palace offers traditional haute Creole cuisine with a modern twist. In addition to its impeccable food, it also has a colorful past. During Prohibition, it’s rumored that alcohol was smuggled in from where it was stored in the nearby cemetery.

On the other end of the dining spectrum, though no less acclaimed, is Mother’s- home to the world’s best baked ham. Founded in 1983, Mother’s is a classic American joint. They offer up po’boys and plates of red beans, and of course their baked ham.

One of their most famous dishes is the Ferdi special: a po’ boy with both roast beef and baked ham that is then drenched in debris (the beef chunks that fall into the gravy while roasting). Though they closed briefly during Hurricane Katrina (for the first time in over 30 years), Mother’s reopened right away, feeding thousands of cleanup crew and residents seven days a week. It’s a true testament to the New Orleans spirit.

The soul of a city can often be found in its food. New Orleans is a city with a rich and varied past, a melting pot of many cultures, and its cuisine reflects that. Whether it’s gator or crawfish, or even haute cuisine or street food, New Orleans serves up a little of its magic for everyone.